How Roommates Turned A Brooklyn Studio Into A TwoBedroom

Welcome to House Calls, a recurring feature in which Curbed tours New Yorkers' lovely, offbeat, or otherwise awesome homes. Think your space should be featured next? Drop us a line.

[All photos by Max Touhey]

When longtime friends Adam Finkelman and Evan Garfield were looking for an apartment in 2013, they had some requirements: space for Garfield, a drummer, to practice his music; a large enough kitchen and common area so they could host dinner parties; and bedrooms with actual windows. (A previous apartment in Greenpoint had one sad windowless room, an experience they didn't want to replicate.) They had been looking in Brooklyn for weeks when a broker told them, "You're looking for the needle in the haystack, and you're not going to find it." "It was the climax of defeat we were experiencing," Garfield explains. "And we left there like, 'fuck that guy! We're totally gonna find it!'"

After seeing about 30 apartments, they stumbled on a large ground-floor studio in Boerum Hill, which on paper didn't meet many of their requirements: It was a typical boxy apartment, with no bedroom and a smaller kitchen than Garfield, an enthusiastic home cook, would have liked. But what it did have, aside from a convenient location, was an attached garage, where the pair envisioned a space where they could host those dinner parties, and Finkelman, who runs a furniture company, could have a work bench. And once the landlord told them that they could change basically whatever they wanted about the space, save for the floors, they were sold. "We were standing in the living room, and I looked at Adam and was like, 'We have to do this, right?'" says Garfield. So they did.

Now, what was once a generic NYC studio has been transformed into a two-bedroom (yes, there are actually two bedrooms) that's customized specifically to Finkelman and Garfield's preferences, in terms of form and function. Finkelman calls their shared aesthetic "modern, functional, and playful," and that idea is put into action throughout the apartment. Garfield's kitchen gear, including woks, cast-iron pans, and canisters of dry goods line the walls; the pair's bikes are hung on hooks (made by Finkelman's dad) in the living room; and shelves are built right into their loft beds. "All the stuff we use, we think looks really nice," says Garfield. "It's functional to have it right here."

The pair spent about eight months, and only a few thousand dollars, renovating the space to make it work for them. Neither had that much construction experience prior to the renovation, but their enthusiasm for the apartment made them eager to learn. "I always say cooking and handy work are the same: It's much more about motivation than it is about skill," says Garfield. "You can learn this stuff by doing it." Some of the improvements: Adding new light fixtures; extending the kitchen island to add more room; and redoing the walls to add a grittier, less polished look than the standard white paint.

But the biggest project by far was building two small bedrooms from scratch, which they started as soon as they moved in. Using wood sourced from Craigslist, along with doors and windows salvaged from the street, Finkelman and Garfield were able to construct rooms that are about seven feet by seven feet, each with a loft bed (and stairs leading to it), a small desk with storage space underneath, and shelving above the beds. Each one also has windows that face into the building's interior courtyard, alleviating the no-windows worry from before. "When I get into bed and I'm surrounded by this great loft that's very well designed and fits all around me, I go to sleep with a smile on my face," says Finkelman with a laugh.

And of course, there's the garage. The roommates turned the brick-lined space into a clubby space that they now use for all sorts of events: dinner parties (including private ones that Garfield has catered), live music performances, improv comedy shows, and more. They've named the space The 267, and have plans to do more with it—maybe get a projector and show movies, maybe have more bands play. "We're open to seeing where that journey takes us next," says Finkelman. And—perhaps shockingly for New York City—the duo have never run into any issues with neighbors when they host events. "We're not the type of guys who are like, When neighbors complain, we get louder," Finkelman jokes. Garfield continues, "The important thing is to let your neighbors have the power. If they know they have that relationship, I think you're good."

Some of the instruments in the garage, which serves as their de facto practice space, are remnants from Finkelman and Garfield's college band, Umoja Orchestra (whose posters also line the walls of the living room); others are more recent acquisitions, or, in the case of the upright piano, were found on the street. (Specifically, Atlantic Avenue and Hoyt Streets.) "When I'm stressed, I love coming in here and playing the drums really loud, or playing the piano," says Finkelman.

Finkelman's tools are in a corner of the garage. Through his company Yorkwood Furniture Co., he also made the tables and benches in the space using shipping pallets salvaged from local companies like the Brooklyn Brewery and Mast Brothers Chocolate.

Garfield says the kitchen is his favorite part of the apartment. "I've always said the kitchen is my room, and my bedroom is where I sleep," he explains. Many of its details, including the butcher-block counters, and dish storage (with plates in plain view), were customized by him.

Garfield also wanted his dry goods—flour, rice and grains, dried beans—on a shelf at arm's-length above the rest of the kitchen, as both a functional choice and because he liked the look of it.

To display albums from their vinyl collection (including records by Paul Simon, Otis Redding, Michael Jackson, and Sam Cooke), the pair tore out part of the wall in the living room, leaving exposed brick behind. They rotate the albums out whenever the mood strikes.

Finkelman built these stools using a guitar as inspiration—the wires that coil around each chair are actually guitar strings, with tuners on one edge. The problem? "I didn't realize guitar strings weren't made for stools," he explains. Even though the sound they make isn't exactly aurally pleasing, he's still proud of the results.

They also built the coat rack in the narrow hall next to the bedrooms. (The rest of the storage furniture is from Ikea—of course.)

The pair built stairs leading to their beds.

Notes leftover from a recent party.

Finkelman and Garfield's bedrooms face an interior courtyard, where residents of the building occasionally congregate. They even have a neighbor with a puppy who lets the dog hang out with them on occasion.

"This was an opportunity to explore what we're capable of through the work we've put into this place," says Finkelman. "It's been really rewarding to get ideas for what we want to do here and grow those ideas. We're constantly talking about things we want to do to the space—it's like a big laboratory for us, in that Evan can do crazy stuff in the kitchen and I can design awesome light fixtures and rooms." Garfield concurs: "People think we're crazy for doing this, but I justify it in my mind that honestly, the process of doing this is a huge part of the reward. Even if we were kicked out almost immediately after doing it, I got so much out of the process of doing it."
· House Calls Archives [Curbed] 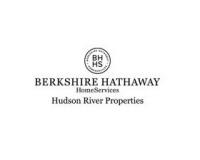