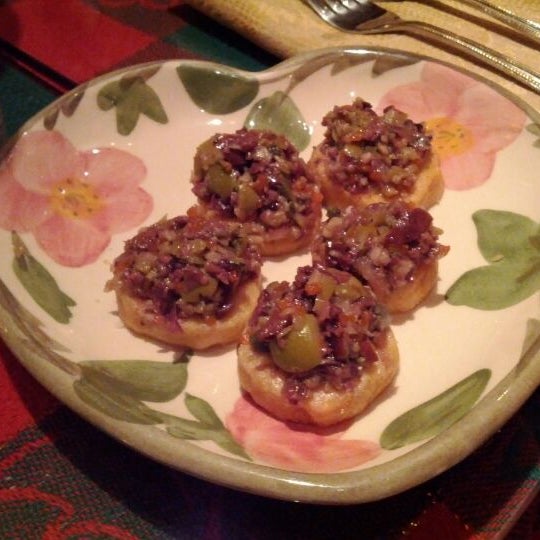 FIFTEEN FOX PLACE doesn't serve liquor (except for a welcome nip of limoncello at the end of a long, long meal), but there is a delicious touch of the speakeasy about it -- a sense that only those who know the password can gain admission.

Just finding it is a challenge. It is not in some throbbing downtown but on one of those neat, thickly settled blocks of aluminum- or vinyl-sided houses that have been home to generations of first- and second-generation Americans, first from Ireland and Italy, later from the Middle East and Korea and the Philippines. It looks like a private house, and that's what it is; only a small plaque by the front door identifies the restaurant's name, which is also, of course, its address. You have to ring the doorbell and hope that someone hears.

Though 15 Fox Place bills itself as an ''exclusive dining club not open to the general public,'' that is just a way of amplifying the mystique. In fact, anyone can make a reservation, though the process is likely to involve more than one phone call and the wait can be weeks if your party is large. The restaurant opens only on Thursdays, Fridays and Saturdays; there is just one seating, at 7:30, and the meal lasts several hours.

The house belongs to Richard and Kathryn Budinich, who actually lived there until a few years ago. They and their 32-year-old son, Marc, run the restaurant and a nearby catering business. Mrs. Budinich (pronounced BUD-nick) learned to cook from Italian-American relatives and founded the caterer, Word of Mouth, in 1986 after receiving the exciting and terrifying assignment of providing all the food for a 25th-anniversary celebration at Mount Carmel Roman Catholic Church. Now she and her son, a trained chef, share the cooking; the elder Mr. Budinich dispenses advice, good cheer and limoncello.

If you are a minimalist, this is not your kind of place. As the smallish rooms of the house were converted into dining spaces, every gewgaw and tchotchke in Hudson County seems to have come along and joined the party. In a private room for two one evening, we shared space with the most extensive place settings I had ever seen, a small vase of roses, a basket of Easter eggs and, above us, a huge Tiffany-style lamp, many photo albums, a doll's toy chest, a music box, a genie lamp, gilt-framed mirrors, tea cozies, an antique clock and all manner of ceramics.

The meal is composed in the same spirit. There is no menu. You eat what is put in front of you. A dish of cured black olives is placed on the table, along with whatever wine you have brought along. (You'll probably end up pouring it yourself; service is not inattentive, but the small staff can be stretched.) And then the onslaught begins.

Pacing yourself here is as essential as it would be in any marathon. You will never get just one dish when three would do. It would be utter folly, for instance, to have more than a few bites of Mrs. Budinich's polenta, fine as it is. She makes it with generous quantities of mascarpone cheese and heavy cream, along with fennel sausage and a bright, tart tomato sauce, and after a couple of spoonfuls I felt pleasurably stunned, ready for a nap.

The polenta falls roughly in the middle of an avalanche of first courses that might begin, as it did one weeknight, with a small china cup of thick, profoundly creamy butternut squash soup. It quickly proceeds to a sort of mini-muffaletta, hard spicy crackers spread with dense, salty olive tapenade, and from there to a frittata-like Neapolitan snack spelled pizza chiena and pronounced beet-sa-GAIN -- a light, savory cake filled with ricotta, provolone and ham. A wholly different kind of pizza follows, individual five-inch rounds of fried yeast dough spread with more of that tomato sauce and bits of fresh basil.

After an hour or so of this, the meal tends to become a blur, an effort to keep your head about you. The pizzas are followed by two kinds of peppers -- roasted hot ones with sautéed potato crisps and pale-green ones stuffed with breadcrumbs. Then, after the polenta and a long, inexplicable pause, come crab cakes, which are mostly filler, and sautéed jumbo shrimps, whose overriding impression is of garlic and their flour coating. Pasta? How about three kinds: ravioli or manicotti; fusilli with a potent sauce of basil and olive oil; and radiatore, which are regrettably bland and gummy.

By this time, I was grateful for the chance to skip anything I could. Frico, fried shredded cheese formed into an edible dish for celery salad, was almost welcome. The frico was far too salty, the salad far too vinegary. But there was still a main course: on both of our visits, a mercifully thin cut of filet mignon of no particular distinction; sautéed carrots with an overdose of honey or sugar; and an intriguing side dish of fregola, the Sardinian roasted couscous, which Mrs. Budinich tosses with broccoli rabe or with mushrooms and prosciutto.

How many courses is that? Fourteen? And don't forget dessert: a dense, gooey molten chocolate torte with vanilla ice cream made by the elder Mr. Budinich, plus zeppole, miscellaneous cookies and biscotti to dip into the vin santo or limoncello. At this point you may well feel a need for espresso, and you can have an entire pot; it's excellent, both rich and bitter. Mrs. Budinich tells me that diners sometimes linger past midnight, and I can see why. They may have had too much to eat, but they have also had an evening they won't soon forget.

ATMOSPHERE -- The feeling of a dining club.

SERVICE -- Businesslike, but the opposite of rushed.

WHEELCHAIR ACCESS -- Difficult, with a four-step climb from street level and a narrow restroom on the main floor.

IF YOU GO -- Fox Place is in an out-of-the-way neighborhood on the west side of Jersey City, two miles west of the Holland Tunnel and half a mile south of the Tonnele Avenue traffic circle. Best to call for directions (and to carry a hands-free cellphone in case you get lost). 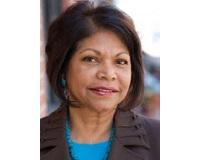 Rehanna Gallagher is the founder and President of Hudson River Properties. She Started Castle Point 16 years ago to provide Hudson County with a much needed boutique, full-service real estate firm and....

What The Experts Are Saying About The Economic Slow Down

More and more economists are predicting a recession is imminent as the result of the pullback in the economy caused by COVID-19. According to the National Bureau of Economic Research: “A

How Coronavirus Affects The 2020 Real Estate Market So Far

What Is Coronavirus?COVID-19, better known as coronavirus, is a viral infection with flu-like symptoms. The virus is primarily transmitted via respiratory droplets, such as when an infected

Now Is The Time If You Are Considering Selling

The housing market has started off much stronger this year than it did last year. Lower mortgage interest rates have been a driving factor in that change. The average 30-year rate in 2019,

Bold, saturated colors are back after years of calm beiges, soothing grays, and varied whites dominating the interior design scene. What’s a homeowner to do?For years, homeowners and their real


Should you require assistance in navigating our website or searching for real estate, please contact our offices at 201-216-0909.

The data relating to the real estate for sale on this web site comes in part from the Internet Data Exchange Program of the NJMLS. Real estate listings held by brokerage firms other than Berkshire Hathaway HomeServices are marked with the Internet Data Exchange logo and information about them includes the name of the listing brokers. Some properties listed with the participating brokers do not appear on this website at the request of the seller. Listings of brokers that do not participate in Internet Data Exchange do not appear on this website. All information deemed reliable but not guaranteed. Last date updated: March 31, 2020 9:03 PM. Source: New Jersey Multiple Listing Service, Inc. "© 2020 New Jersey Multiple Listing Service, Inc. All rights reserved." Show More...

The data relating to real estate for sale or rent on this web site comes in part from the IDX program of the Hudson County MLS. Real estate listings held by brokerage firms other than Berkshire Hathaway HomeServices are marked with the HCIDX mark and the information about them includes the name of the listing broker. The information provided by this website is for the personal, non-commercial use of consumers and may not be used for any purpose other than to identify prospective properties consumers may be interested in purchasing or renting. Show More...

The data relating to real estate for sale on this website comes in part from the IDX Program of Garden State Multiple Listing Service, L.L.C. and Berkshire Hathaway HomeServices. Real estate listings held by other brokerage firms are marked as IDX listing. Information deemed reliable but not guaranteed. Copyright © 2020 Garden State Multiple Listing Service, L.L.C. All rights reserved. This information is being provided for Consumer's personal, non-commercial use and may not be used for any purpose other than to identify prospective properties Consumers may be interested in purchasing The dissemination of listings on the website does not constitute the consent required by N.J.A.C. 11.5.6.1 (n) for the advertisement of listings exclusively for sale by another broker. Any such consent must be obtained in writing from the listing broker. Show More...